Home » Business » Big insurers like UnitedHealth, Humana, Cigna, and Anthem are moving beyond paying for care. A new report reveals just how much their DNA has changed.

Big insurers like UnitedHealth, Humana, Cigna, and Anthem are moving beyond paying for care. A new report reveals just how much their DNA has changed.

UnitedHealth Group, Humana, Cigna, and Anthem are best known for providing health-insurance coverage in the US. In the past, they’ve generated most of their revenue by selling insurance plans. Now these companies are increasingly making money by operating clinics and employing doctors to provide healthcare directly to patients.

While they each have their own strategies, the companies are generally buying up or building out primary-care clinics, urgent-care centers, home-healthcare businesses, and other parts of the care-delivery space in a bid to capture a bigger piece of the $3.8 trillion healthcare industry and better control rising medical costs.

They’re also bulking up with pharmacy-benefit managers to tamp down spending on prescription drugs and better integrate medical and drug benefits. Meanwhile, the pharmacy and pharmacy benefit management giant CVS bought the health insurer Aetna and has begun setting up in-store clinics.

Healthcare is fragmented and inefficient, and by bringing different pieces together, insurers aim to bolster their bottom lines while improving people’s health, according to a new report by the credit-rating firm AM Best.

The report details just how much the DNA of some healthcare companies has changed over the years.

Health-insurance premiums made up 66% of Cigna’s gross revenue in 2018, AM Best data showed. But last year, premiums accounted for just 23% of Cigna’s revenue, thanks to its $67 billion acquisition of Express Scripts, a company that manages drug benefits. The analysis didn’t include the fees Cigna gets for administering benefits for big employers.

As for Anthem, the insurer made 80% of its revenue from insurance premiums last year, a big drop from 93% in 2019, AM Best said.

AM Best didn’t include CVS Health in its analysis of revenue changes because insurance premiums aren’t the company’s main source of revenue. It didn’t include Humana because the insurer has changed the way it’s reported revenue over the years, making it hard for researchers to reconcile numbers.

Here’s how the biggest health-insurance companies are moving beyond just paying medical claims. 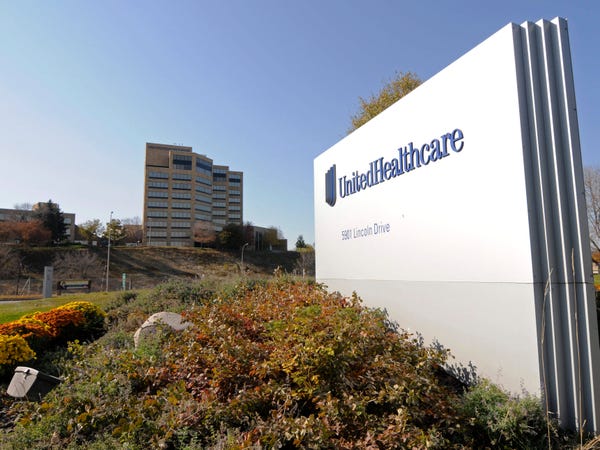 UnitedHealth is best known for its health-insurance arm, UnitedHealthcare, which brought in $200 billion in revenue last year. But its health-services company Optum is driving a lot of the healthcare giant’s growth. Optum manages pharmacy benefits and provides care.

Over the past 15 years, a business within Optum called OptumCare has amassed a collection of primary-care and specialty-care medical practices, urgent-care centers known as MedExpress, and surgery centers through Surgical Care Affiliates.

OptumCare includes 1,600 medical clinics and employs or works closely with 56,000 doctors. It plans to add at least another 4,000 doctors by the end of this year.

In January 2021, UnitedHealth’s Optum business struck a deal to buy the technology company Change Healthcare for $13 billion to sell software and data-analytics services to customers.

Over the past few years, Humana’s been busy building a network of primary-care clinics that cater specifically to seniors enrolled in Advantage plans.

Humana owned 171 primary-care clinics as of early March. It also had joint ventures or partnerships with 152 clinics operated by others and planned to open 50 to 60 more clinics with partners this year.

The Louisville, Kentucky, insurer is also moving deeper into providing care in people’s homes. It bought a 40% stake in the home-healthcare and hospice division of Kindred Healthcare in 2018 and said on April 27 that it’s agreed to pick up the remaining stake. Kindred at Home employs about 43,000 clinicians.

Humana has also pumped $100 million into Heal, a startup that sends doctors to people’s homes, and invested in DispatchHealth, which provides home-based emergency care. The insurer is testing a model that integrates the services of Kindred, DispatchHealth and Heal, Broussard told Insider.

AM Best didn’t look at how much of Humana’s gross revenue comes from health-plan premiums. According to Humana’s most recent annual report, the company’s healthcare-services segment that includes an in-house PBM, Kindred, and the primary-care clinics reported revenue of $28.4 billion in 2020. Humana’s total revenue was $77.2 billion. 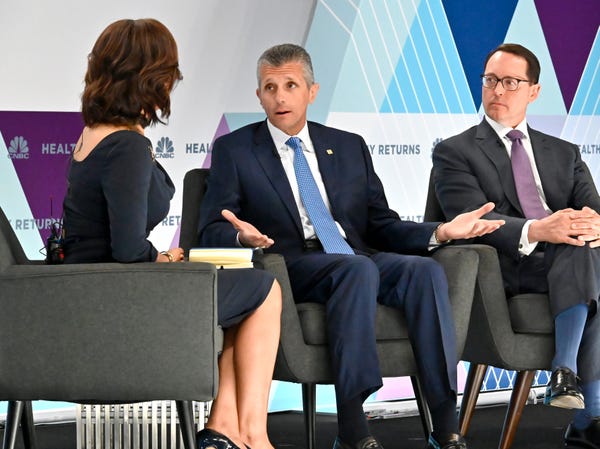 Cigna specializes in administering health plans that companies offer to their workers, but it’s made a big push in recent years to provide other types of services for other health plans, employers, and healthcare providers.

In September 2020, Cigna named its health-services division “Evernorth,” signaling a commitment to growing that part of its business.

The cornerstone of Evernorth is the PBM Express Scripts, which Cigna bought in 2018 in a bid to better integrate medical and drug benefits. Evernorth is Cigna’s biggest unit: It brought in $116.3 billion in revenue in 2020. Cigna’s total revenue was $160.4 billion.

The Evernorth business said in February that it’s buying the telehealth company MDLive, a competitor to Teladoc that serves 60 million people. Cigna and MDLive are longtime partners.

The deal, which Cigna expects to close in the second quarter of this year, allows it to tamp down costs as it directs more people to lower-cost virtual care for medical and behavioral-health issues.

During the company’s investor day in March, CEO David Cordani said MDLive has helped deliver average medical cost savings of $425 per patient visit compared with in-person care, according to a transcript from Sentieo.

While Cigna’s pushing deeper into virtual care, it doesn’t want to own brick-and-mortar care delivery at scale, its executives have said.

Anthem built its own pharmacy benefit manager in 2019 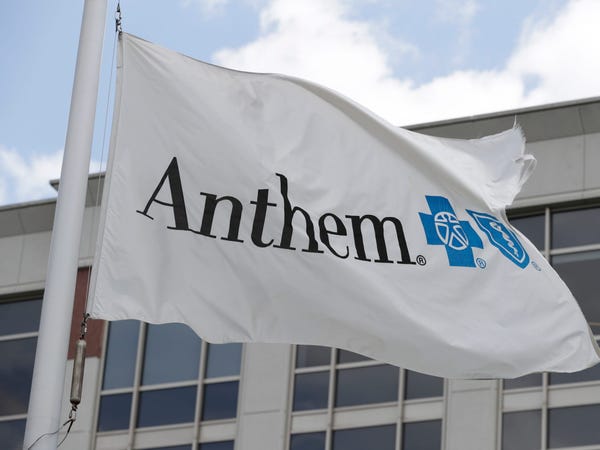 Anthem launched its own PBM called IngenioRx in 2019 to catch up to competitors like UnitedHealth that already had a big pharmacy operation.

But the company is also slowly carving out a niche for itself in providing care for complex and chronic illnesses.

Anthem owns clinics that serve seniors, thanks to its acquisition of CareMore Health back in 2011, when Anthem was known as WellPoint.

More recently, it bought Aspire Health, a company that provides care at home for seriously ill patients, in 2018. And last year, it bought Beacon Health Options to give it a stronger foothold in the business of providing behavioral healthcare. Of the 45 million patients Beacon serves, 10 million are Anthem members.

Last month, Anthem said it agreed to buy myNexus, a company that coordinates healthcare in people’s homes for about 1.7 million Medicare Advantage members in 20 states.

“We have ample opportunity to unlock our full potential by scaling best-in-class healthcare-services businesses to serve Anthem’s members as well as other healthcare plans externally,” CEO Gail Boudreaux said during Anthem’s first-quarter earnings call on April 21. 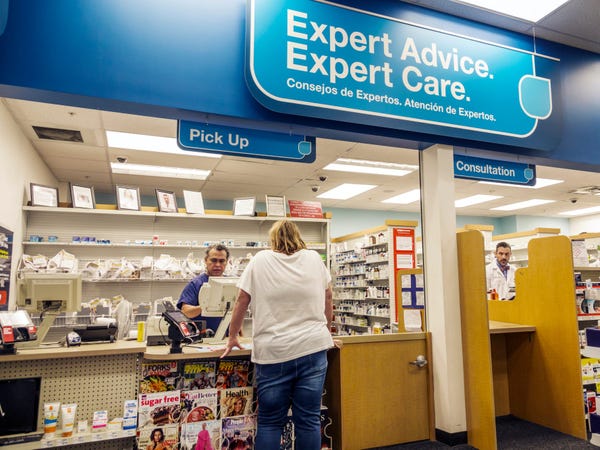 CVS has long been a dominant PBM and pharmacy, but after combining with the health insurer Aetna in a nearly $70 billion deal in 2018, CVS embarked on a quest to set up 1,500 in-store clinics called Health Hubs.

It’s well on its way. CVS ended 2020 with more than 650 Health Hubs. These clinics are staffed with nurse practitioners and are meant to provide screenings and chronic care for illnesses like diabetes between regular doctor’s appointments.

CVS has been steering more Aetna members to those clinics for low-cost care.

CVS has also signaled that it wants to provide more care outside of the brick-and-mortar pharmacies. In February, CEO Karen Lynch said patients in 33 states and Washington, DC, can now see a CVS nurse practitioner virtually.

The company is also testing a virtual primary-care program with a large employer in which employees would see a doctor online for most needs. CVS wants to roll the program out broadly next year.