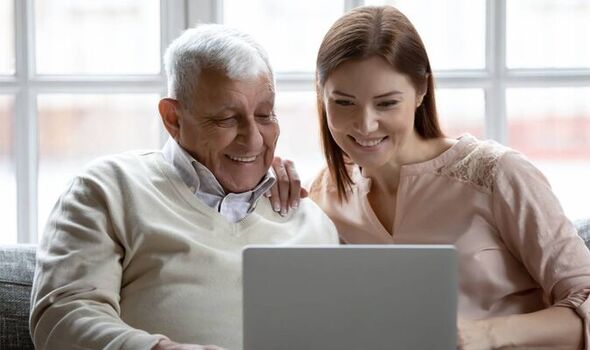 Raymond Vincent was with SSE Energy Services that’s now part of Ovo and in June last year he moved out of his home to live with Patricia, his very caring daughter.

He continued his direct debit payments until his house was sold in February when Patricia correctly sent in a final meter reading and was told to expect a £365.91 refund.

++ If you’ve been affected by this issue or feel you’ve been a victim of injustice, please contact consumer champion Maisha Frost on maisha.frost@express.co.uk ++

“The account was already in credit and in the last months there was of course minimal usage,” she explained to Crusader.

In early March when there was no sign of the money, she called Ovo and was reassured it would be coming through in the next 15 days, although the written confirmation that she asked for didn’t arrive.

The family then received two different letters suggesting a refund was due and asking them to get in touch again.

Patricia did and another promise was made, she says. “I was given various reasons for the delay such as a new meter which was certainly not the case.”

More confusion followed in April when Patricia was told a software update might have been the problem and Raymond was owed £406.85.

But earlier this month, there was still no show and she turned to Crusader explaining how much it was worrying her dad and how the amount of calls she had made to no avail was completely unacceptable.

Crusader took up the mantle and a couple of days later Ovo responded, confirming payment would be made. Raymond received £446.85 last week. This included a £40 goodwill gesture for Ovo which has accepted there was a mistake, a sum that will just about cover Patricia’s costs for calls.

Why it took so long has not formally been explained, but Raymond’s minimal usage, after he moved out and before the property was sold, seems to have led to a rejection by the system which was not sorted as it should have been.

Undoubtedly the fact Patricia and Raymond had the foresight to put in place a Power of Attorney enabling her to handle his affairs helped when the problems arose.

It’s an example for other families because without that, given Raymond’s frailty, jumping through all the hoops asked of him would have been too much.

“How older people on their own deal with a situation like this I can’t imagine. Not everyone is of the same capability and companies need to recognise this in practice,” Patricia reflected when thanking Crusader for our support.