Asia's richest man wants to build the next tech giant

Hong Kong (CNN Business)Asia’s biggest billionaire, Mukesh Ambani, has snapped up a controlling stake in the Mandarin Oriental in New York City for just over $98 million.

Ambani’s conglomerate, Reliance Industries, announced Saturday the acquisition of the hotel’s parent company, a Cayman Islands-based firm controlled by the Investment Corporation of Dubai. That company indirectly holds a 73.4% stake in the property.
The deal is expected to close by the end of March. Reliance said that it would plan to acquire the remaining stake based on the same valuation if the hotel’s other owners choose to also sell their shares.

The Investment Corporation of Dubai took over the building in 2015. And as of last March, the Mandarin Oriental Hotel Group still owned a 25% stake, according to its most recent annual report.

The $98.2 million price tag represents a significant discount: A 2007 shareholder report from the Mandarin Oriental disclosed the property was valued at as much as $340 million.

Like most hotels, Mandarin Oriental was hit badly by the Covid-19 pandemic. In a stock exchange filing Saturday, Reliance said that the New York hotel took in just $15 million over the entire year of 2020, compared with $115 million and $113 million in 2018 and 2019, respectively.
The iconic hotel, which sits near Central Park and overlooks Columbus Circle, is a marquee acquisition for Reliance. 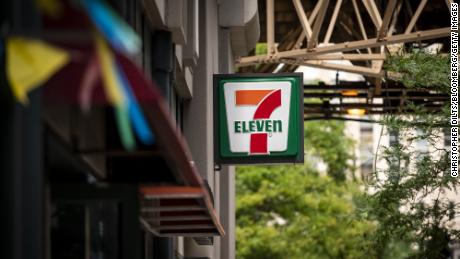 Ambani’s sprawling conglomerate is better known for its businesses in energy, retail and tech, but said in its filing that it was looking to add to its “consumer and hospitality footprint,” which already includes a small but growing slate of luxury properties in India, the United Kingdom and elsewhere.
Reliance currently has holdings in the Oberoi Hotels, a collection of five-star resorts across India and six other countries, as well as Stoke Park, a famous English country club.

Ambani has been on a deal-making spree throughout the pandemic, racking up tens of billions of dollars to chase his goal of turning Reliance into the next major global tech giant.
His own personal wealth has also soared in recent months to $92.9 billion, making him India’s richest man and the world’s eleventh wealthiest person, according to the Bloomberg Billionaires index.
Source: Read Full Article