Alliance Air to focus on cost control, phasing out of expat pilots 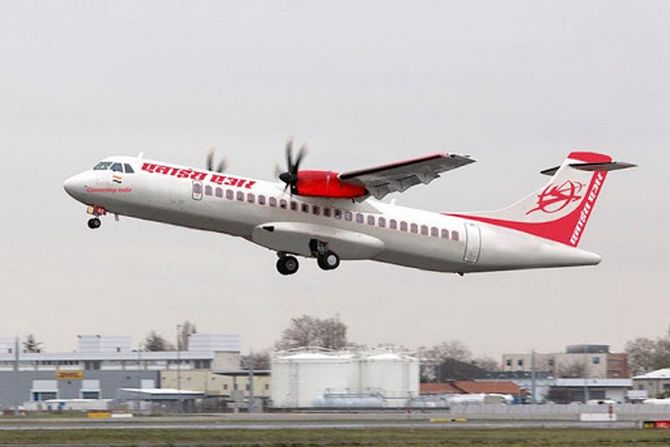 When C S Subbiah took over as the chief executive officer of Alliance Air in 2016 the carrier had a mixed fleet of ATR aicraft and old fuel guzzling CRJ jets.

The airline had a limited number of ATR pilots and its daily fleet utilisation was a poor 4.5 hours per aircraft.

Subbiah’s task was to replace all the old jets, bring in a single type of fleet and introduce new routes.

These efforts of over three years finally paid off after Air India’s subsidiary Alliance Air registered an operating profit of Rs 65 crore in FY 2020.

This was its first operating profit since inception in 1996 and came on the back of lower expenses, increased aircraft utilisation and better yields last year.

On a net level, however, it reported a loss of Rs 201 crore due to a change in accounting standards that requires airlines to capitalise lease costs.

Now Subbiah and his team have a bigger challenge ahead of them with Covid-19 disrupting air travel.

The airline is focusing on cost reduction and is replacing expat commanders with locals.

Fleet expansion plans too, have been put on hold for now.

The carrrier at present has 8 ATR-72 planes after CRJ jets were phased out three years ago.

This includes both Udan (regional connectivity scheme) and non-Udan routes.

“We have to see that we maintain the lowest cost and earn as much cash as possible,” Subbiah said as the airline looks to tide over the crisis in the aviation sector.

The carrrier has already discontinued in-flight catering and is renegotiating vendor contracts to save costs.

Other plans on the agenda include training more Indian pilots for commanders’ posts.

However, Covid-19 has created more challenges.

The airline’s aircraft utilisation, which was around 10 hours daily, has reduced as it is operating at 60 per cent capacity.

Seat occupancy too, is lower than 60 per cent.

Subbiah says the airline is very careful in starting routes as demand is yet to pick up and yields are low on regional routes.

“Last year, our average aircraft utilisation was 10 hours daily and this helped us grow passengers and grow revenue. Had Covid-19 not been there, FY21 would have been much better for us,” he said.