When Isaac Pelayo was just two years old, his father gave him a Sharpie and some paper and told him to go draw.

By age 11, Pelayo won first place in his school’s art competition; his father hung the drawing on the wall. Together they would stroll through museums and galleries. Pelayo wanted to be Leonardo Da Vinci and he set off to study fine art at the University of Las Vegas.

Two years in, Pelayo dropped out and moved back home to Los Angeles. He left the stencils behind and taught himself how to paint. A few months later, he began working alongside his father as an ink painter at Disney.

It was good for a few years. Then, the pandemic struck, and Pelayo and his father were furloughed. His dad moved into Pelayo’s one-bedroom apartment in North Hollywood, and they didn’t know when — or if — Disney would ever call them again.

“Not having a steady income from Disney — it was extremely rough at first,” Pelayo told Insider. “We never thought we’d be out of work,” he continued. “But we were.” 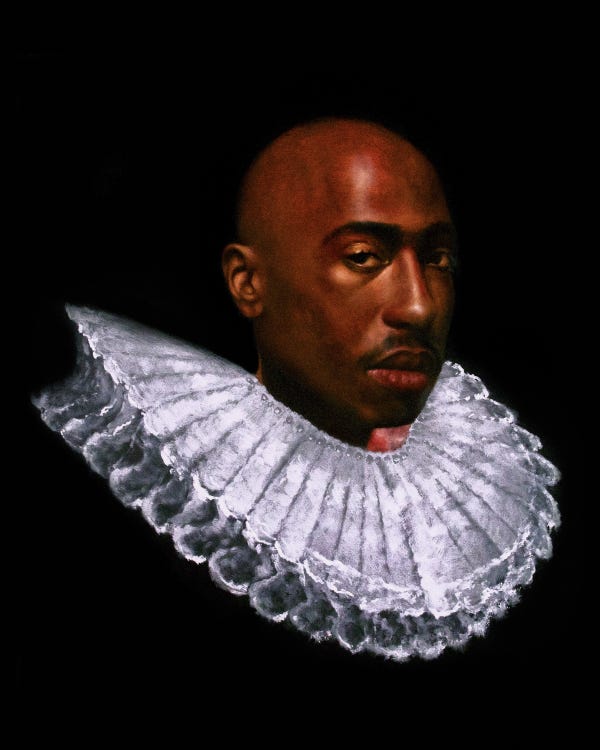 Suddenly, Pelayo became the breadwinner. He got to the easel and painted every single day. He had no art dealer, no gallery representation, and no formal training, but found himself networking with rappers, basketball players, and other artists all through social media.

Pelayo posts photos of his work on Instagram and receives most of his commissions through direct messages. Most of his art sells for between $3,000 and $10,000 and ranges from small paintings to large-scale portraits. He even does tattoos, for which he charges up to $1,000.

He sold 50 paintings last year, telling Insider he made well over six-figures by the year’s end — much more than he would be making if he was still working at Disney.

Today, he said, he’s making over five-figures a month, according to an accounting statement viewed by Insider. He was able to buy a house and move with his father to the Valley. They turned their garage into an art studio; their hallways into a miniature gallery.

He hasn’t had any sponsorships or campaigns but has benefited from working with big names and engaging with followers. Pelayo also spends time curating his feed and studying how to get the Instagram algorithm on his side — when to post to see maximized engagement.

He also sometimes uses paid Instagram promotions when he wants to reach as many people as possible.

Rapper Westside Gunn is an avid collector of his work

Pelayo defines his art style as a mixture of influence and innocence.

He mixes Renaissance and Baroque inspirations with street art iconography. He says he draws on the parts of him that are good and poetic, anchored, and also careless.

During the pandemic, Pelayo launched a “Street Baroque” series that caught the eye of collectors. “The work is fresh, modern, with a touch of the Old Masters,” his father, Antonio, told Insider.

One of Pelayo’s most high-profile clients is rapper Westside Gunn, who reached out to him via Instagram a few years ago after seeing his work on the platform.

Now, the rapper owns about 20 paintings by Pelayo, many of which are within the $10,000 to $20,000 range. His working relationship with the rapper has garnered press attention, subsequentially, helping Pelayo increase his following in art circles and online.

During the pandemic, Gunn became one of Pelayo’s top patrons, buying about ten pieces. He even turned some of Pelayo’s work into album covers. 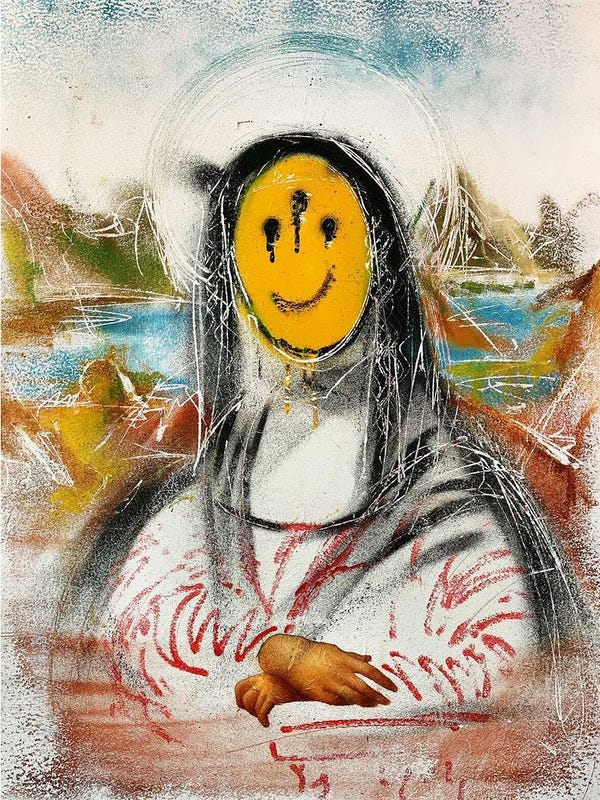 For example, Pelayo painted the Mona Lisa with a smiley face, which was eventually used as an alternative cover for Gunn’s “Pray for Paris” album that was released last April. It lost out the main cover to Virgil Abloh, who had given his take on Caravaggio’s “David with the Head of Goliath.”

Aside from Gunn, Pelayo also counts NASCAR driver Jeff Hamilton, footballer D.J Reader, as well as artist Shepard Fairey as collectors of his work. “I think Isaac’s art is the future because of his natural talent as well as his amazing dedication and passion for his craft,” Hamilton told Insider.

Fairey agrees. “Isaac Pelayo knows how to capture the essence of a subject, but is not afraid to take liberties to tweak that essence and add his own narrative,” he told Insider.

Pelayo, a licensed tattoo artist, also began charging between $100 and $1,000 for tattoos. He saw viral fame after inking TikTok stars Jaden Hossler and Chase “Lil Huddy” Hudson. The former had reached out via a record label executive who had been introduced to Pelayo’s work through a mutual friend.

From there, he began working with more Tik Tok creators and saw a further uptick in press and attention paid toward his work. Ultimately, Pelayo was able to make enough money last year to buy a home, all-cash, in Los Angeles.

He doesn’t know when — or if — he will ever go back to Disney, but his plans for the future have opened up. For starters, he wants to do more art shows with his father.

And he wants his artwork to one day hang on the walls of the Gagosian or Jeffrey Deitch gallery. He also wants to make enough to build up a dream collection of Old Masters filled with Michelangelo and Caravaggio.

“It’s been a long journey,” Pelayo said. “But you know, I think it’s paying off.”