Applying to a private preschool in a highly competitive area like New York City can be an exhaustive process that often includes lengthy applications, “playdate” interviews, and a lot of networking. Consultants who’ve spent years helping the wealthy and elite land their kids a coveted spot have told Insider that parents frequently start the process of getting a leg up at a specific program when their child is as young as six months old.

But for those who don’t hire outside assistance in crafting the perfect application, there are other tips and tricks for standing out and getting your little one into a program that’ll put them on the path to success — starting with a shoe-in at top elementary schools in the city.

Insider spoke to four parents who’ve been through the NYC preschool application process and came out with flying colors to learn what worked — and didn’t work — for them.

Erin O’Connor is a mother of two daughters, the eldest of whom was accepted into a private school on the Upper East Side that serves children from preschool age through 12th grade. She told Insider that despite being a developmental psychologist with 16 years of experience working in schools, she still felt daunted by the preschool scramble. 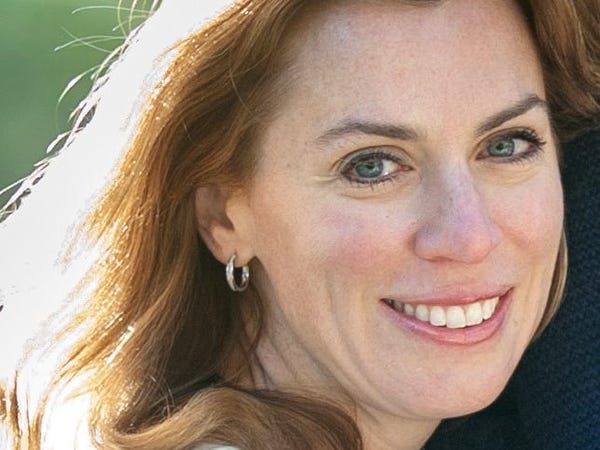 “In theory, I should have been confident,” she said. “But knowing how important the early years are for children’s development, I wanted to make sure we found a good fit for our family and our daughter.”

According to O’Connor, one frequent message that’s passed around parent circles is that it’s essential to enroll your child in a “two’s program” as a precursor to starting preschool. The NYU director chose not to do this with her daughter, as she often taught in afternoons and evenings and cherished their morning time at home together.

“I lost many night’s sleep worrying about what would happen,” she said. “I worried that my choice would harm her chances in the long run.” But she quickly found that it didn’t jeopardize her family’s admissions, as she was able to get her daughter into all but two of the many schools she applied to.

An entrepreneur who asked to remain anonymous and whose identity was verified by Insider said it’s never too early to get the preschool search started.

It was this strategy, she said, that helped her land her then-four-year-old daughter a spot at Trevor Day School, a top-rated private school on the Upper East Side that charges just under $32,000 in annual tuition for its nursery school program.

“Start when the baby is in the womb,” she said. “Research schools before you need to and identify ones that appeal to you.”

She then suggested joining a gym or club that’s near your top program and hiring a trainer who works with people who send their kids to that preschool so that you can “organically network.”

“If you have a ‘late’ baby, then apply for the following year so that your baby is one of the oldest and therefore smartest, as this will increase your chances of getting an offer,” she added. “Crazy, but it worked.”

Get a referral if you can

Entrepreneur Jolie Hunt received acceptances for her daughter at Barnard College Toddler Center on the Upper West Side (which the kids of many high-profile New Yorkers, including Jerry Seinfeld and Sarah Jessica Parker, attended) as well as TriBeCa Community School (TCS), a top private school in lower Manhattan whose tuition is $31,000 per year for the morning program, thanks in large part to referrals from friends. 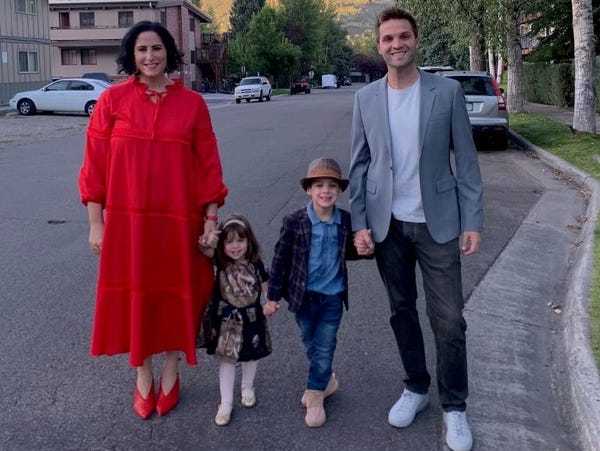 “We had friends recommend the schools and then reached out accordingly,” she said. “Interestingly enough, one friend had sent her daughter 20 years prior to ours.”

Another Upper East Side mother, who asked to remain anonymous and whose identity was verified by Insider, said that her daughter, then age two, was accepted at The Brick Church School on the Upper East Side — which was featured in Insider’s list of the 12 most prestigious preschools in NYC — after family friends contacted admissions.

“Their daughters were friends and classmates of my older daughter, who attended an all-girl private school on the Upper East Side and could vouch for our family,” she said. “My oldest daughter was in fourth grade at the time and was a strong student.” This showed that her family was serious about education, and that her younger daughter would likely attend an equally rigorous and academic school after preschool.

“I think the schools really want to have a partnership between teachers and parents to bring out the best in the child,” she said. “They want to know that the families will work with the school should problems arise.”

Know a school’s philosophy before going in

O’Connor said that doing your research before applying is crucial.

The first step she took was to look into the educational philosophies of the schools she was considering. She cautioned this isn’t something you should ask about during the interview.

“Schools want to know you applied based on their philosophy and not their ‘name,'” she said.

Mesh your parenting style with directors’ and teachers’ values

O’Connor pointed out that for many parents, preschool can be a big step in letting go. This is one area in which you can search for commonalities with your admissions director.

“Make sure that you think the adults in your family would also feel comfortable in the school’s environment, and mention that to the admission’s team,” O’Connor said.

In her case, O’Connor recalled that her admission’s tour guide mentioned how difficult it was to send her only daughter off to preschool knowing that their time together would be more limited.

“I clicked with her over that one comment,” O’Connor said. “Not only is it important to feel comfortable with the parents in the community, but also the director.”

She added that since it’s developmentally appropriate for children to “act out” at the preschool stage, you should think about whether the director of each school is someone with whom you would feel comfortable talking about concerns you have regarding your child.

“Asking questions around parental involvement shows that you have given thought to how you will be a part of the community,” she said.

A school’s exmissions history — how successfully it places students into prestigious elementary schools — is important to some parents. Nevertheless, O’Connor recommended honing in on the current step, not the stepping stone.

“Focus on what you think is most important for your child now,” she said. “All private preschools will help with the exmission process. Asking about the next school one’s child may attend may be sending the message that one is more concerned about the next stage and not thinking of the best environment for this stage of development.”

On school tours, she heard many parents asking questions about which schools children attended post-preschool, and said this question “was never well received.”

Expose your child to plenty of group settings and activities

Toddler behavior is difficult to predict and can result in scenarios that are downright horrifying for parents who are trying to impress school staff.

While it can be challenging to “prep” young children for observation, there are things you can do long before the actual event to increase the chances of a better performance.

“I would advise parents to introduce their small children to as many social situations as possible so they learn how to get along with other kids,” the Upper East Side mom said. “They need to learn how to follow directions, share their toys with others, and wait their turn in line.”

She emphasized these points with her own daughter, and during her interview at Brick Church School when another child wanted the same toy that her daughter was holding and started pulling it, her daughter walked over to the boy and handed the toy to him.

“The boy’s mom approached me on the street after the playdate and commented on how well behaved my daughter was and asked what I taught her about sharing,” the Upper East Side mom said. Her secret was that she’d previously enrolled her in music, cooking, and dance classes, so by the time she was approaching preschool age she was already used to interacting with other children in a group setting.

“She also had lots of playdates with children at the park, at our home, and in other homes, and had lots of friends by the age of two,” the mom said.

Set expectations for the playdate with your child

O’Connor believes it’s best to be upfront with your child about the process before it happens.

She observed that some parents chose not to tell their children about the separation during the playdate interview. Caught off guard, many of the kids became upset.

“My daughter and I talked about what would happen during those playdates, who would be there, what toys would be available, and even engaged in pretend play around it,” she said. “So when the day of the playdate arrived, she happily went into her new future classroom to play and talk with both her teachers.”

It’s also important to tell children how the experience will end.

“While some children are anxious to start the playdate, others don’t want to leave,” she said. “Have something planned for your child to look forward to after the playdate.”

Don’t try to game the system

Hunt said that taking a real interest in her kids and the environment best suited for them was the top strategy she used when approaching preschool admissions.

“I purposely try not to game the system and just be myself,” Hunt said. “I find that the human connection tends to outweigh almost all else.”